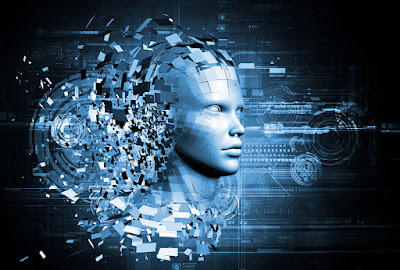 “Regulability” is the capacity of a government to regulate behavior within its proper reach.In the context of the Internet,that means the ability of the government to regulate the behavior of (at least) its citizens while on the Net. The story about Boral was thus a story about regulability, or more specifically, about the changes in regulability that cyberspace brings. Before the Internet, it was relatively easy for the attorney general of Boral to control commercial gambling within her jurisdiction; after the Internet, when the servers moved outside of Boral, regulation became much more difficult." (23)

"Cyberspace will present us with ambiguities over and over again. It will press this question of how best to go on. We have tools from real space that will help resolve the interpretive questions by pointing us in one direction or another, at least some of the time. But in the end the tools will guide us even less than they do in real space and time. When the gap between their guidance and four puzzles from cyberspace what we do becomes obvious, we will be forced to do something we’re not very good at doing—deciding what we want, and what is right." (25)

"But regulation by whom? For the rules are different in one place versus another" (26)

"THE INVISIBLE MAN DOESN’T FEAR THE STATE. HE KNOWS HIS NATURE PUTS HIM beyond its reach (unless he gets stupid, and of course, he always gets stupid). His story is the key to a general lesson: If you can’t know who someone is, or where he is, or what he’s doing, you can’t regulate him. His behavior is as he wants it to be. There’s little the state can do to change it. So too with the original Internet: Everyone was an invisible man. As cyberspace was originally architected, there was no simple way to know who someone was, where he was, or what he was doing. As the Internet was originally architected, then, there was no simple way to regulate behavior there." (38)

"This difference in the architectures of real space and cyberspace makes a big difference in the regulability of behavior in each. The absence of relatively selfauthenticating facts in cyberspace makes it extremely difficult to regulate behavior there. If we could all walk around as “The Invisible Man” in real space, the same would be true about real space as well. That we’re not capable of becoming invisible in real space (or at least not easily) is an important reason that regulation can work." (45)